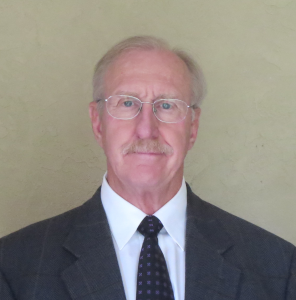 Mr. Rogers is the founder of Gen2, LLC. He has over 40 years of experience in the oil and gas industry and has been the President and owner of three oil and gas companies with holdings in seven states, interest in over 200 producing oil and gas wells and an acreage position of nearly 70, 000 acres. He has a long track record of raising capital and starting and managing successful companies. One of Mr. Rogers’ companies was among the first to develop the prolific Fayetteville shale gas field. Due to techniques used in this unconventional shale development, he commenced work on environmentally safe drilling and completion methodologies. He, along with Mr. Weinhold and Dr. Plischka are awaiting a patent to improve the environmental profile of a series of fracing and completion fluids. Mr. Rogers has a background in engineering with a focus on technological development, project analysis and project development. He holds a BS in Industrial Engineering with Doctorate work in Bio-environmental engineering from Kansas State University.

Kim Johnson is an accomplished senior executive with a 35+ year track record of success. She has a broad base of experience in corporate governance, business and project development, marketing, risk management, mergers and acquisitions, corporate and transactional finance and the commercialization of energy technologies. Her areas of energy expertise include waste to energy, power, fuels, natural gas, renewables, energy storage and energy trading. Ms. Johnson has led numerous projects and has successfully structured public private partnerships and complex energy investments. Since 2005 she has managed an energy consulting and advisory company focused on the commercialization of clean and renewable energy, storage and fuels companies. Ms. Johnson has developed landfill gas projects, supported a number of biofuel, biomass, and pyrolysis companies and worked with utilities to successfully create programs to test burn new alternative fuels. She served as Vice President Shell Energy North America (formerly Coral Energy L.P.) and was co-founder/Chief Operating Officer of Tyr Energy which now manages over $3.5 billion in energy assets. As Executive Vice President of Great Plains Resources (formerly Aquila), a major U.S. utility, she was instrumental in the commercial restructuring of the Aries CCGT. As Executive Vice President of Riverbank Power Corp. she put together a JV with EDF Renewable Energy where she served as a Director and as Project Manager of the Swan Lake Pumped Hydro project until it was sold to EDF. Ms. Johnson also served as Vice President of Valero (formerly Diamond Shamrock). She is and has been a member of numerous industry organizations and advisory boards. She is the Vice Chair – Programs for the Energy, Infrastructure, Siting and Reliability Committee of the ABA Section of Environment, Energy, and Resources. Kim Johnson holds a B.S. in economics from the Wharton School, University of Pennsylvania.

James Taylor has served as CFO for Fortune 500 global corporations, including Seagate Technologies. He has a strong operational background and most recently was the Chief Operating Officer and Chief Financial Officer of FP International (FPI), an innovative manufacturer in the plastics protective packaging segment. He also served as President of Portola Packaging, the industry leader in injection molded plastic, and worked in 7 countries with worldwide distribution. Previous executive positions have included VP and Treasurer of Seagate Technology, VP and Treasurer of Conner Peripherals and CFO of Forma-Pack, Inc., and started his career at the international CPA firm of Arthur Andersen where he was initially an auditor and then a tax specialist. Mr. Taylor also has considerable experience successfully opening and expanding new manufacturing plants. In his role as VP and Treasurer for Conner Peripherals, Mr. Taylor was responsible for the Facilities Department of this $2.8 billion company that located, constructed, staffed and successfully opened very large new manufacturing plants in Malaysia and the Philippines. His experience base includes operations with manufacturing facilities in Guadalajara, Mexico; Shanghai, China and Louny, Czech Republic. Mr. Taylor received his Bachelor’s degree in Economics from the University of California at Davis and a Master’s in Business Administration from Oregon State University.

Lou Perches has 35 years of experience in all disciplines of plastic and metal manufacturing. Prior to joining Gen2’s team, Mr. Perches was the Chief Operating Officer and Board Member for Green Envirotech Holdings, Inc. He developed both the process and the intellectual property associated with the conversion of waste plastic and tires into high grade oil with characteristics similar to Brent crude oil. He was also responsible for developing all equipment design and processing parameters. At Portola Packaging he served as Corporate Director of Quality Assurance. Portola Packaging is a global beverage closure manufacture. At the direction of the Board, Mr. Perches headed a major project that spanned 14 facilities worldwide. The project was an ISO 9000-2000 quality management system. Mr. Perches developed and implemented the program. Mr. Perches has been an active member of SPI, SPE, and ASQ. He holds numerous certifications including an ISO 9000 Lead Auditors International certification. He taught as a lecturing Professor at San Francisco State University, teaching courses in Industrial Management, Quality Assurance, and Industrial Safety. He received his BA in Industrial Engineering from California State University at Fullerton. Mr. Perches is fully bi-lingual in Spanish. He served in the U.S. Army from 1966 to 1968 with an honorable discharge. He was awarded (NDM) National Defense Medal, (VSM) Vietnam Service Medal, (VCM) Vietnam Campaign Medal, (VPUCM) Vietnam Presidential Unit Citation Medal.

Ms. Lausten is a professional engineer and an independent consultant with over 25 years of experience with a focus on supporting the engineering as well as regulatory challenges facing advanced energy technologies to reduce greenhouse gas emissions. As an engineer first with Alternative Energy Development and then with Bechtel Power, many of the energy technologies on which Ms. Lausten participated were still in the development phase and focused on reducing air pollution emissions. Ms. Lausten’s career shifted to the policy arena when she won a competitively sought American Society of Mechanical Engineer’s (ASME) Congressional Fellowship. During her Fellowship and subsequent appointment with the Subcommittee for Energy Policy and Regulatory Affairs, her substantive recommendations in connection with the California energy market/ENRON crisis were implemented by the Federal Energy Regulatory Commission (FERC) which resulted in electricity prices immediately reducing to normal levels. She continued in the electricity policy/advocacy arena and became National Grid’s Washington representative and subsequently shifted to the biofuel and alternative energy arena. Connie Lausten is a licensed Professional Engineer, an Advisory Board member to the Maryland Clean Energy Center, on the Board on Government Relations for the American Society of Mechanical Engineers and a member of ASTM. She holds a BS and MS in Mechanical Engineering from University of Minnesota.

Dennis Weinhold has over 40 years of experience in both international and domestic R&D. He has spent much of his career as a chemical formulator, conducting joint research with Dow Chemical, Dow Corning, International Paint, Cook Paint, Kansas State University, Bechtel Power, Schlumberger, Inc. and Amax mining. He worked on the Maverick Missile Project, Combat Hunter, Phase III., and consulted on the building cleaning in Kuwait after the Gulf War oil well fires. As the President for Chemical Specialties, Inc., Weinhold formulated chemical cleaning products, handled environmental compliance, and developed specialized cleaning equipment. He consulted with Bechtel Power on the Hancock’s Bridge Nuclear Power Facility in New Jersey. In 2003 Mr. Weinhold started WP Innovations, L.L.C., a consulting and product development company designed to develop environmentally friendly products. Mr. Weinhold has 5 patents and has several patents pending. One of the newest is Eco-Frac, an environmentally friendly fracking fluid. He has a BS Biology Kansas State University. Mr. Weinhold served in the United States Marine Corps where he received the awards of Dress Blues, Platoon and Series Honor Initiate, and The American Spirit of Honor Medal.